Rosie Batty - where to next? 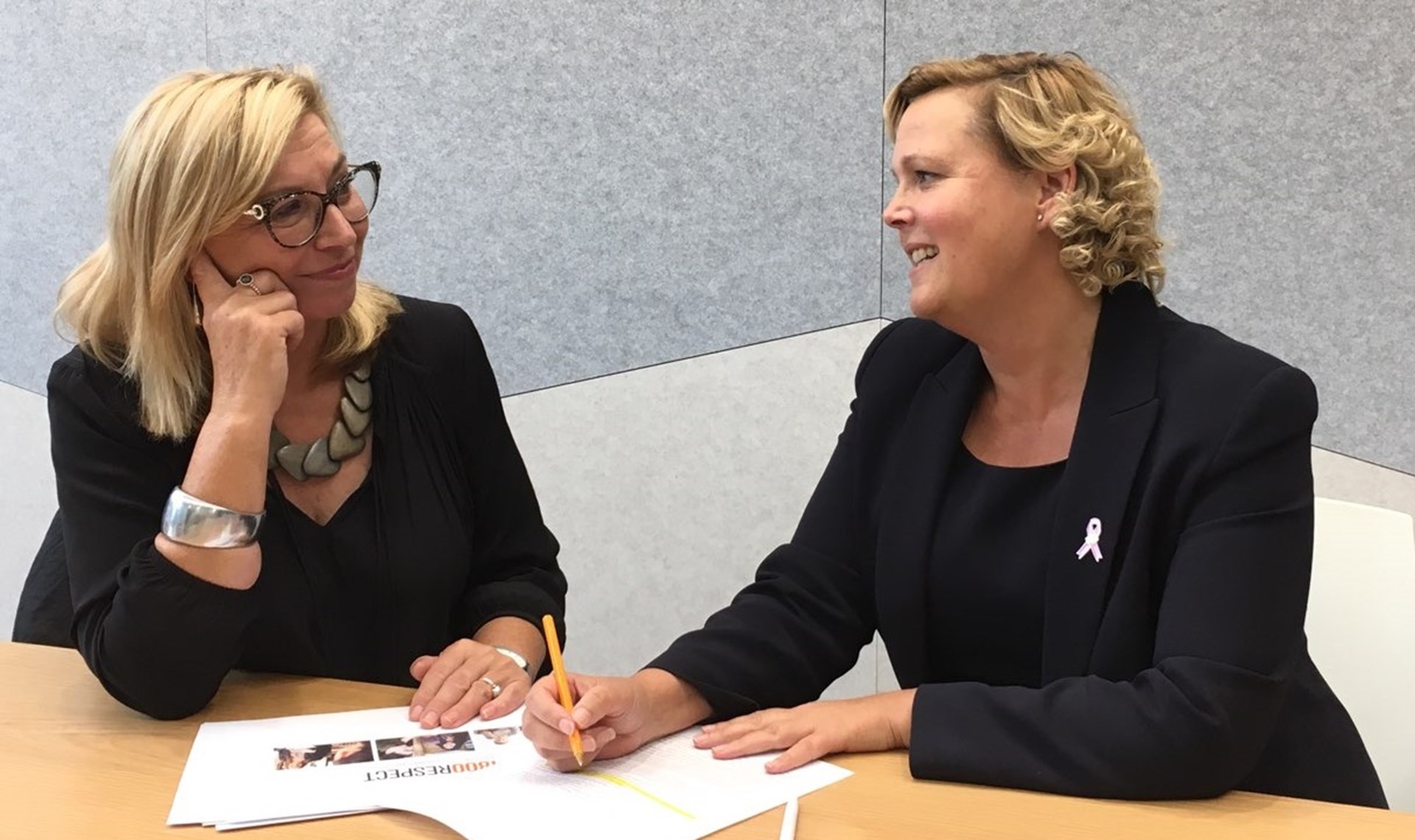 1800RESPECT General Manager Nicole McMahon on Rosie Batty's journey, and the start of the next chapter of her professional life in advocating for a violence free world.

Her grief-stricken face is etched into our memories. The face of a mother with immeasurable grief. A mother who had just lost a child. It could be the face of anyone. But it wasn’t. It was Rosie.

Rosie Batty became the reluctant face of domestic and family violence after her son, Luke, was brutally killed by his father. In the midst of such tragedy, her determination to make a difference became a beacon of hope. A light at the end of the tunnel for others who might be on a similar path. She made domestic and family violence part of the conversation in Australia.

From the Australian of the Year, opening and closing the Luke Batty Foundation, continual advocacy for systemic change, to taking a break from the spotlight, Rosie has emerged focused and ready to take on a new challenge.

But Rosie’s rise to the reluctant spotlight, her Australian of the Year platform, and her relentless advocacy for systemic change does not alter the fact that she is still a mother grieving. “I put a smile on in public and I want to be a warm person. I feel isolated, as so many people are. It is a lonely journey that other people may not understand. I am still in recovery. People don’t realise that outside the public persona I come home every day to an empty house that still gives me pain. I am having to build a life that doesn’t include Luke, and I am trying to create that,” Rosie told me this week.

While Rosie will always be Luke’s mother, she is also an accomplished woman with goals, ambitions and hope for the future. Being Australian of the Year was a platform for Rosie, as she spent her time making sure not a second was wasted as she advocated to policy makers, corporate influencers, and supported the work of frontline services to work toward a world that is violence free. Rosie’s extraordinary drive and energy through that period was remarkable. Telling her story over. And over. And over. Sharing her experience to make a difference.

While people are well intended, Rosie is recognised wherever she goes. People don’t always consider that she is grieving, and always will be. “The murder of my son in a horrific way defines and limits who I can be in the world. It impacts my relationships with people and family. People look at me differently. They treat me differently. They admire me, but they don’t want to be me.” Sometimes it can be a burden.

Reliving trauma takes a toll. I have stood alongside Rosie at functions and heard the angst from mothers sharing their harrowing stories of escape, seeing the tears they have shed as they relate. Not for a moment can she just be Rosie, an anonymous woman enjoying an evening, she is always Rosie- the face of domestic violence, approached, in admiration by women wherever she goes.

Rosie’s sense of duty to make a difference is evident, but can sometimes lead to despair. “No matter how hard I have worked to raise awareness and change attitudes, there are still children that are unsafe and being damaged every day. This is a generational change that needs to happen. It is unfortunately so gradual. It doesn’t seem to be happening quickly enough.”

Bringing a clear vision to make a purposeful difference is how Rosie is moving forward on a professional front. A career woman before her life took a defining turn, she has skills in public speaking, negotiating, sales as well as a knack for relating to people from all walks of life. From the Prime Minister to someone locally that is “just as ordinary as I am”. It doesn’t matter who they are or how powerful they may be, Rosie has the skills and experience to relate to them.

“The next phase needs to continue to build on what I have learnt and the skills and knowledge I have. I don’t want to be defined and limited by the trauma of my past”. For Rosie, her own experience of domestic and family violence can make it challenging to see what opportunities there are outside of her telling her own story. “I want to be seen, not just through what has happened to me, but through the skills that I have learned.”

For Rosie, a natural progression is to move more into an area that focuses on achieving gender equality as a violence prevention strategy. She desires balance so that she can continue to advocate for change but to an extent that her life isn’t consumed by domestic and family violence.

I have no doubt that Rosie will continue to make a difference in any area she chooses, but I wonder how long it will take for Rosie to be embraced for what she has to offer, not for what she has been through.

Rosie says she never intended to be in the spotlight. She is her own worst critic. “I don’t get it right all the time. I can be appear strong and overly opinionated and I have to work on my skills, and how they can unintentionally impact on people. I’ve grown to realise that people expect more from me because of my public persona, sometimes this is an unrealistic expectation. To be publically acceptable, you have to project yourself in a calm and composed way. But we’re human, we have emotions, especially when we are living with trauma and grief. It reminds me that the least I can be is compassionate to others.”

And what would Luke say of Rosie today and her journey? “Luke was proud of me. I was one of the cool mums- his friends all liked me. He’d feel really sad that I am so sad. He’d be sad that I have this journey. To know how lonely it can be and how sad I am that I can’t see him again. I know he would want to reach out and give me a hug. As much as I know he would be proud, he would be really sorry that this is the life that I am left with, but this is making the most of the life that I’ve got.”

I have no doubt Rosie will make the most of the future, as she moves on to her new chapter with energy and passion, Luke always in her mind. We should all consider Rosie, the woman, with a new career. We’re grateful for what she has taught us all about violence happening to ‘ordinary’ Australians, and we should support her success. Though for Rosie, in whatever capacity she finds herself, it will never be just work; there will always be some higher purpose. “Family violence is a cause. It is a movement. It is not just a job.”

This article originally appeared on LinkedIn.